After Scrum Master, what? 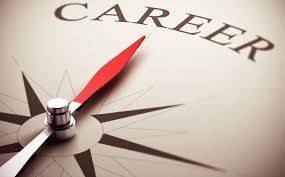 Some time back, I had the opportunity to read about the growth paths available to a Scrum Master (SM). The thinking behind this was that the SM role for a given Scrum team is not forever. There comes a point in time when the team is able sustain Scrum adoption by itself and the need for Scrum Master assistance reduces significantly. In that case, what does the Scrum Master do keep herself gainfully occupied and grow career-wise?

Mike Cohn in his blog talks about the following options:

The above list got me thinking about the ease / difficulty associated with each option above in terms of preparation and transition. For instance, options 1 and 2 seem relatively easy for the Scrum Master – they being in many ways, an extension to what she is already doing. In option 1, however, there may be additional learning involved especially in moving to a scaled Agile environment (using frameworks such as SAFe). Options 3 and 4, however, do not seem as easy. Option 3 would require a certain interest/flair in product management and perhaps background as a Business Analyst. Option 4, seems to be the most difficult in terms of mindset, skill and behavioral changed needed. Here are some points on why:

In summary, Scrum Masters, when they are planning their next career move need to know the role options in front of them as well as know what it takes to transition into them. SMs may still pursue the “difficult” option if they are well-motivated to pursue it. But at least, they would know upfront what the challenges are and be better prepared for them.

Have you had experiences of moving from being a SM to other roles and what it took in terms of preparation & transition? Look forward to hearing about them!