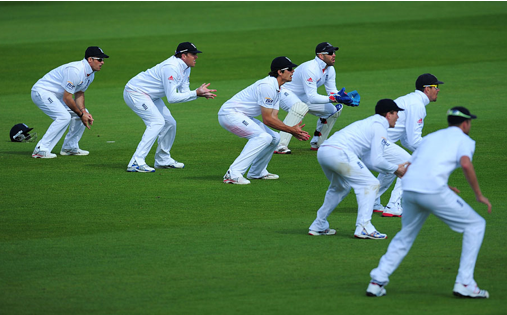 This Photo by Unknown Author is licensed under CC BY-SA

Scrum as an Agile approach is now center-stage worldwide, a goliath occupying a staggering 66% of all agile adoptions. The distant second is Scrumban, a mere 9% and the third at 5% tied between Scrum/XP Hybrid and the hugely under-leveraged Kanban. See diagram below. But then, I am not here to bemoan the consequence – agile getting equated only to Scrum by default. But I am certainly bemoaning the fact that the game of rugby has achieved such a cult status among agilists and has become the mother of all metaphors for agilists.

A little of bit of history is in order to understand the origins of the Scrum metaphor. I used to attribute the Scrum choice to Ken Schwaber and Jeff Sutherland. But it seems it goes back further to the seminal article The New New Product Development Game in HBR, January 1986. The authors are Hirotaka Takeuchi, Harvard Professor and Ikujiro Nonaka, Professor at Hitotsubashi University, Tokyo.

How did two academics of Japanese origin chance upon rugby as the new new product development game? Was rugby the rage in Japan back in 1986? I guess not. These days, the most popular sports in Japan are apparently baseball, soccer, skating, volley ball etc. – rugby nowhere in sight. The popularity of rugby in Takeuchi’s Harvard campus or Cambridge, Massachusetts back in 1986 is also a bit suspect! So, how come rugby? Well, we can go back and ask the two savants. Or we can be content with my following explanation. The two professors abstracted features or patterns of development approaches of outstanding products back then in organizations like Honda, Xerox, Canon, IBM etc. and looked for the “best fit” sport metaphor to replace the “relay race” approach of traditional product development. Somehow, they must have stumbled upon rugby with its very physical imagery of a team moving together in stages towards the goal. That’s my theory, anyway. As an aside, if the two profs repeated their 1986 research today on outstanding products, what would they find; would rugby still emerge as the winning metaphor? Or would it be a self-organizing biological phenomenon (refer book) or even a continually mutating virus? One can only speculate.

Well, so much for history. Cut to present-day India. Like most Indians, I am kind of clueless about rugby. While I profess in class and participants listen in with a beatific expression, I am wondering “Who on earth plays rugby in India anyway?” Well, I find that Indian Rugby Football Union (now called Rugby India) goes back to 1968. There are 96 clubs, 57,000 players and the country is ranked 65th out of 96 nations as per International Rugby Board (IRB). There is no conspiracy theory as yet that IRB has unfairly ranked us so low just out of jealousy and spite! By the way, it seems that people of Manipur in northeast India are adamant that the modern world stole the rugby idea from their game called Yubi lakpi. Well, Manipurians, may be here is the place in the sun for you all!

So, as I continue my training session, on introduction to agile, more background thoughts flit across my mind:

Ok, people let’s put a stop to these fanciful notions! I just wrote this for a lark hoping to amuse – not with any serious intent of displacing rugby as the agile metaphor (20+ years too late!). Do bear with me if I have not fully grasped the rugby game; take it all with many pinches of salt. But I do cover some of the above history in my classes. I would like to think that participants appreciate it – don’t try it post-lunch though!