Navigating through Cultural Differences at the workplace 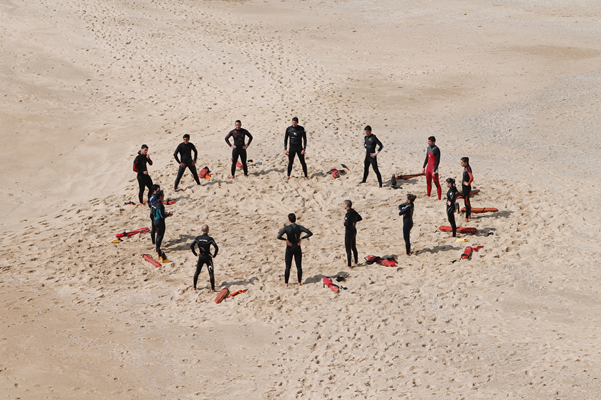 Over thirty years ago, I arrived in the US for the first time on a work assignment. The US company assigned a human resources manager to assist me with house hunt, bank account opening, and other basic needs.  When it came to opening the bank account, I asked the HR manager a few questions. Regarding a couple of questions, he quipped – “I would call the Bank about these questions”. I thanked him and expected that he would get back to me with the answers. After waiting a few days, I reminded him as I could not open the account without these answers. To my surprise, he said what he meant was “If I were you, I would talk to the bank about these questions”.  That day, I understood how expressions differ in different cultures and what problems those differences could create.

I remember another experience when I was the head of engineering for an Indian IT services company. My firm won a deal to set up an off-shore development center for a telecom OEM. The engagement was our first with an Israeli company. After signing the deal, we invited them to visit our office in Bangalore and planned a traditional welcome of lamp lighting and floor decoration that displayed elements of Indian culture. Just the day before the event, we were supervising the preparation together with a cultural consultant that we had hired. And, what he told us was a culture shock to all of us. He wanted us to immediately remove the swastika symbol 卐 from the floor decoration since most Israeli Jews find the Swastika symbol offensive as they associate it with Nazis. They are reminded of the Holocaust that took place during the Nazi regime in Germany. As suggested by the consultant, we immediately removed that and changed the floor decoration.

It was a great learning experience for us. Consequently, we decided to include culture training in our employee induction program.

Several different behaviors are displayed at the workplace, from greetings and meeting etiquettes to dinner etiquettes, as well as how people behave, react, and converse at the workplace. This blog focuses on a few aspects of various cultures that may be useful for people working in a diverse team environment.

A person’s communication style is greatly influenced by the culture in which they were raised.

Non-verbal communication such as gestures, signs, and symbols differ across cultures.

Generally, nodding your head up and down signifies “yes”, while moving your head sideways signifies “no”. Indians from certain parts of India, however, move their heads sideways to express affirmation. Americans and Europeans find this very confusing.

An index finger used for direct pointing is considered impolite in Europe. It is considered rude by Chinese, Japanese, Latin Americans, and Indonesians.

The thumbs-up sign is used in many cultures to show approval and to convey good wishes, but in Bangladesh, it’s considered an insult.

Sitting in a customer-review meeting with folded arms may reflect as non-openness to the feedback.

Bouncing knee or foot, as many individuals do under stress or while contemplating an idea;  can be perceived as uncultured behavior.

Here are a few examples of what is said, what is meant by the speaker, and how it may be understood.

After listening to an idea, a British or American may respond as:

“Please think a bit more about the idea you just proposed”.

An Indian may interpret it as: “It is a good idea. I should refine it further”.

What he/she meant is, “the idea is not good”.

OR maybe the response is:

“interesting” (and says nothing else).

An Indian may interpret it as “There is an interest in the idea”.

Whereas, what the person meant, “s/he actually didn’t like the idea”.

These are distinct behavior exhibited by Individuals and depending on the cultural context, our orientation may be an asset or a weakness.

Task-oriented cultures such as the United States, Germany, the Netherlands, and Australia achieve their goals mainly by managing tasks and time. Missing a deadline here is seen as a sign of poor management and inefficiency. The focus is on “let’s get the job done” and often people’s aspects get ignored.

In People Oriented cultures, people are treated with fairness, respect, and empathy. Latin America, Ireland, the Philippines, and eastern and southern Europe have high people orientations. Here, relationships are important and collective goals are accomplished via teaming.

Management Style is also influenced by the culture. The US and European managers respect autonomy and provide a fair amount of latitude to individuals. Asian and Latin American managers generally tend to supervise more closely, sometimes to the extent of micromanagement. In Switzerland and New Zealand, managers tend to look for consensus and cooperative decision-making.

Dutch and Russian managers deliver negative feedback as directly as possible without hidden messages, and without mixing it with positive messages. French managers are more likely to point out areas for improvement.  Americans used the subtle art of positive encouragement while sharing negative feedback. British people prefer understatement. When a British manager says “perhaps you would consider,” he is giving you a firm order to change your methods; it is not a friendly suggestion.

In Asia and the Middle East, negative feedback is usually given in private, one-to-one settings, using an indirect approach with carefully selected words.

Cultures in Europe and North America value individual independence. Generally, advice is viewed as intrusive and people are cautious about it. Contrary to this, Russian and Asian cultures emphasize practical interdependence, and advice is seen as helpful and is practiced freely.

The Asians are somewhat hesitant when asking for help, but more forthcoming when offering help to others.  Europeans and Americans, on the other hand, may ask for help but would not offer it unless someone asked for it.

How to navigate through the cultural differences

Most people working cross-culturally are unaware of the influence the different cultures may have on their work. Negative outcomes arise frequently when cultural differences are not managed well.

In this section, we will discuss how to deal with cultural differences at work by developing cultural competency within the context of the knowledge industry.

The use of correct grammar is a critical part of communication.  Otherwise, the sentence might be misunderstood. For example, in the English language, it is important to pay attention to the use of articles such as “the” and “an,”, “a” among other words. Improper use might change the meaning of the entire sentence and could lead to misunderstanding.

Similarly, the commonly used phrases and slang may vary even amongst native English speakers. For example, we understand that “table it” means let’s put it aside in the U.S. In the UK, however, the same phrase literally means the opposite — let’s put it on the table and discuss it right now. Another phrase, “I will take a stab at fixing it” meaning “I will try to fix it” is a slang used predominantly in the US.

Knowing common phrases and slang from different languages can be very helpful.

Today, we are part of a connected world where people from different countries and cultures interact and do business.  Organizations can build stronger global teams by investing in developing cultural competency. At the workplace, if we could make sincere efforts to understand, respect, and adapt to these differences, we could minimize the negative impact these differences might create. Making an effort to gain a basic understanding of the other’s culture, learning the body language and a few expressions, and adapting to their communication style could hugely improve teaming and collaboration.