Is Dependency a real Challenge? Are we learning? 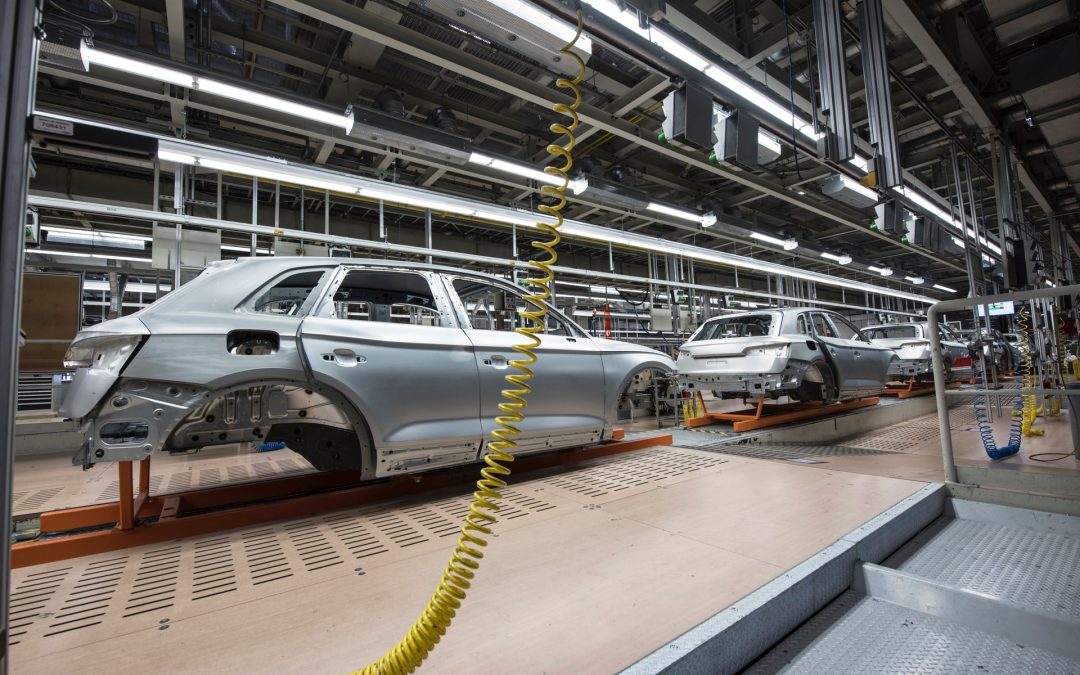 Scaling Agile discussions always revolve around dependencies.  At some point, it even appears as if once the problem of dependencies is addressed, there is nothing more to do in Scaling Agile.  To address the dependency, challenge some approaches recommend additional ceremonies – like Scrum of Scrums, some new co-ordination roles, etc.

Is dependency a real challenge?

Anyone who has some understanding about Agile will know Toyota Production System (TPS) and Lean – which is one of the inspirations for Agile.  Let’s take a close look at one of the popular auto products of Toyota Corporation – the passenger car and delve little into this.

How many parts (BoM – Bill of Materials) together make up a Toyota car?  It is roughly 30,000 – counting every part down to the smallest screw.  That is, 30,000 parts/components come together to deliver a value to the customer.

Now, more than 80% of these parts, that is roughly 25,000, are not manufactured by Toyota in their factories but are bought out from various other part’s manufactures – that is – suppliers or vendors.  Interestingly, from the remaining 20%, again all of those parts are not manufactured in the same Toyota factory – from where the finished car is dispatched.  They are distributed across a number of Toyota’s manufacturing facilities.  For example, the passenger car engine is manufactured in one of the Toyota’s factories specializing in Engine Manufacturing.  Again, to understand it better, a smallest Engine has around 300-parts – which will have their suppliers.  Suppliers or vendors are multi-level. Remember, these are parts and not raw materials.

Just look at this massive multi-level dependency of this auto industry, from where the “Lean Principles” have emerged.

This huge dependency is definitely a Challenge.  Not just a Scaling Challenge, but also a “Flexibility Challenge”.  With such a huge dependency, how can they “Respond to Change” – that too for Toyota – when it proudly says that they make cars exactly the way their customers’ orders them?

And to quote the most popular statement of Taiichi Ohno on Toyota Production System,

“All we are doing is looking at the time line from the moment the customer gives us an order to the point when we collect the cash.  And we are reducing that time line by removing the non-value-added wastes”.

TPS has to be deeply understood, otherwise one won’t know how ‘non-value-added wastes’ are removed in a system involving thousands of suppliers – that is thousands of external organizations.

When Japanese car manufacturers decided to set up their facilities in North America, they had two major challenges confronting them.  First, they have to compete with well-established auto giant brands in North America, the Ford and General Motors.  Second, in order to compete, they have to depend only on those suppliers of auto parts who are already supplying to their competitors as it is obviously impossible to ask all their suppliers in Japan to set up their factories in North America.  The second, the supplier, is the biggest challenge for any car manufactures while setting up their manufacturing in another geography.  Remaining competitive, while still depending on the same pool of suppliers who supply to the competitors for more than 80% of the components – is the key success factor for Toyota while they expanded in North America?  How did Toyota address this?

While building their factories in North America, Toyota identified their suppliers for the auto-parts. These suppliers are the ones who are already supplying to their competitors, Ford and General Motors. Managers and Engineers from Toyota started working with those part’s suppliers – in the supplier’s factories – by teaching them concurrent engineering, adaptive planning, calculating batch sizes, flow, pull based systems, visual management, stop-and-fix etc. Simply the TPS and Lean.  The part’s manufacturers learnt and applied them with the help of those Managers and Engineers from Toyota.  Some of them even changed their shop-floor layouts to reduce transportation wastes.  This helped those auto-parts manufacturers to optimize their production, thus supply to Toyota at a competitive price, still protecting their margin and at the same time, improve their margins in the supplies to Toyota’s competitors.

Toyota invested in this early engagement with vendors and helped them to be Lean. This is the key success factor in Toyota becoming competitive in North America and was able to take on the two well established brands in the market.  This appears very simple to read – but not easy.

But what are those “Lean/TPS principles” behind?  I would like to limit this discussion to three of those principles, though there are many more that could be attributed and elaborated.

While I was sharing this with a small group of agile practitioners, one of them asked – have any of us seen a software system having thousands of components/APIs/Services built together, like this passenger car, delivering a value to the customer?

I understood that the moment we STOP seeing a dependency – as something that is impeding, but as a constraint, the TPS and Lean principles turns out to be highly valuable.  On the other hand, if we continue to view dependencies as one that is to be removed, we start finding ways to fix one – which systemically creates many more within – and keep us busy, complaining.