Do you feel psychologically safe at work? 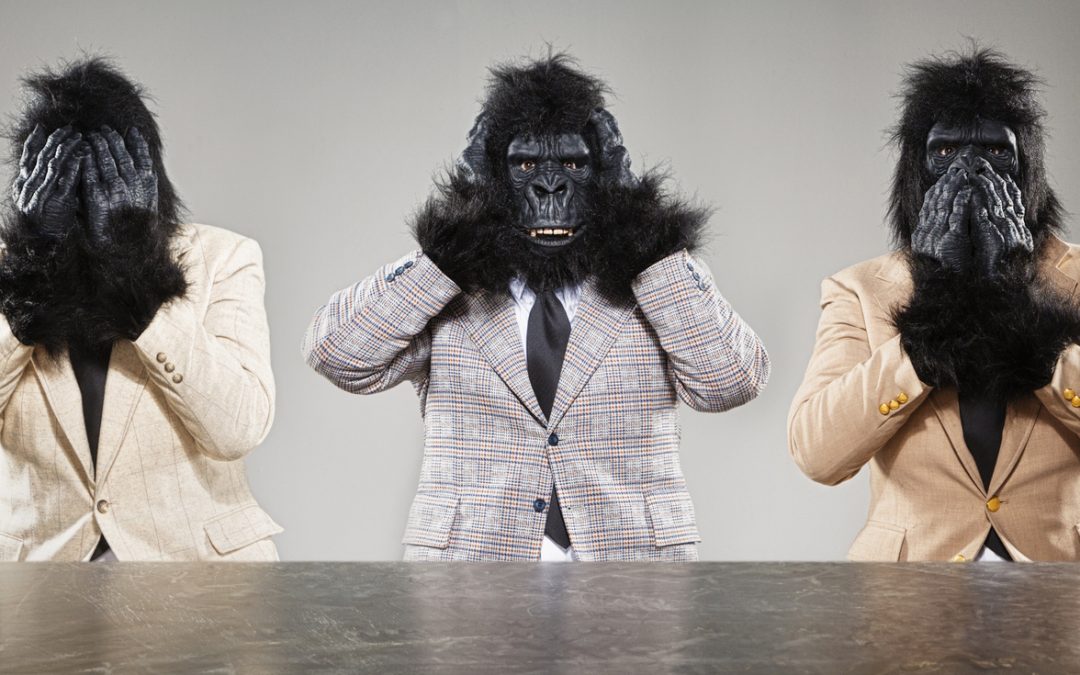 Several years ago, I conducted a skip-level exit interview with a software engineer on my team. I did not work directly with this person in the past year, but I had heard good things about him. I was surprised to learn from him that the main reason for his decision to quit was feeling threatened in the workplace. According to him, the workplace was hierarchy-conscious and only the opinions of senior members were sought and heard. He further added that he tried to speak up and share his ideas and opinions in team meetings with his manager but he was seldom heard. He felt that the work environment was not supportive of his overall growth, so he made the decision to quit.

It was a wake-up call for me. I had an open-door policy in my group, and I always encouraged open and transparent interaction. It appeared, however, that that approach was not being followed down the line. When I and other leaders scratched the surface, we discovered that this was not an isolated incident but rather a pattern that was creating a push factor for the employees.  As a result, as senior leaders, we made psychological safety an organizational priority and institutionalized a few practices that had a profound effect.

Unfortunately, the experience we had is not unique to our organization. It is a sentiment expressed by a large number of working professionals. According to a recent Gallup survey, three out of ten employees believe their opinions aren’t heard at work.

What Is Psychological Safety at Work?

If employees don’t feel safe, they would be hesitant to speak up and share their concerns.  They would resist asking challenging questions. They would avoid suggesting innovative ideas because they would be afraid of rejection.  There could be other psychological factors such as fear of being laughed at, lack of confidence, upbringing where they have been instructed to follow the elders and not question them, etc. All these issues can be addressed if the team environment provides psychological safety. Psychological safety helps in developing the confidence of team members and increases the happiness quotient of the team. It promotes the belief that one won’t be humiliated, embarrassed, rejected, or punished for speaking up with ideas, questions, concerns, or for making mistakes.

Today’s businesses, operating in a VUCA world, are global, distributed but connected. There are several moving parts in an organization that need to be aligned and in sync in order for it to function well. Collaboration, communication, innovation, and adaptability to the changes are the key characteristics required by the leaders and teams of any organization.

Psychological safety is a precursor for an individual, a team, or an organization to adapt and perform in the rapidly changing business environment.  For example, cross-functional teams, in an agile organizational structure that empowers a network of teams to tackle problems quickly by operating outside of bureaucratic or siloed structures, require a high degree of psychological safety.

An organization cannot prevent failure if people don’t talk about the parts that are malfunctioning. In contrast, when individuals feel comfortable asking for help, sharing suggestions informally, or challenging the status quo without fear of negative repercussions, organizations are more likely to harness the collective wisdom, unlock the benefits of diversity, and innovate quickly. Psychological safety also increases the happiness quotient of the team resulting in low attrition of the talent pool of the organization.

What Leaders/managers can do to build a safe workplace

The key driver of psychological safety is a positive team environment where the team agrees to disagree, offers and welcomes constructive criticism, and collaborates to achieve team goals.

Leaders can build psychological safety by creating a climate that fertilizes positive mindsets, and behaviors within their teams. Leaders and managers must nurture a sense of belonging among their team members.  It’s possible that people speak up in meetings while retaining an un-belonging feeling. ‘Belonging’ to me means that this is a place where I can thrive; I feel like part of the community.

It has been my experience that those leaders who are most effective at doing this, act as catalysts, empowering and enabling team members with or without formal authority. They are able to cultivate psychological safety by demonstrating and reinforcing the behaviors they expect of others. Leaders must recognize that command-and-control leadership behavior is detrimental to psychological safety, while consultative- and supportive-leadership behaviors promote it. Leaders must adopt and demonstrate supportive, consultative behaviors, and then challenge their teams.

Here are a few things that leaders and managers could do to ensure that the organization has a culture of psychological safety.

Recognize and make everyone aware of the importance of psychological safety at work. Understand and make people understand how it related to an organization’s aspiration around inclusion, engagement, and performance.

Show genuine curiosity and be open-minded, compassionate, and empathetic when someone is brave enough to say something challenging the status quo.

Encourage experimentation and allow risk-taking. Encourage learning from failure and disappointment, and openly share the lessons learned from mistakes.

Challenge your team to come up with creative ideas. Don’t discard any idea at its face value. If you are not sure, ask intelligent questions that help your team member discover what s/he missed. Be open to considering unproven, untested creative ideas that seem out of the box. Embrace new ideas to foster innovative mindsets in your team.

Encourage dialogue and productive debate, and work to resolve conflicts in a constructive manner.

Norms such as “No interruptions” or “Everyone shares their views in the best way that they can” could help open communication within your team.

When a team member breaks the bad news to you, show your appreciation and respect. This will ensure that real issues are not hidden under the carpet.

8. Promote happy hour sessions where people can get together and discuss anything on their minds. People could also use this time to express their anxiety and seek opinions from others. By doing so, team members would get to know each other better and build trust with each other.

What team members can do to nurture Psychological Safety

While leaders play a role in shaping their team’s culture, each team member could immensely contribute to a psychologically safe climate at work.

Team members can help promote an environment conducive for interaction, dialog, and debate by:

Positive interactions and conversations between individuals are built on mutual trust. Trust your team members and support them when they take a risk, ask for help, or admit a mistake. As a result, your team members will do the same for you.

Organizations today, particularly in knowledge industries, need to understand and cultivate a culture that provides for psychological safety. They also need to develop leaders capable of leading change. To achieve this, organizations must invest in developing leaders at all levels of the organization, beyond one-off training programs. For leaders, it’s a shift in mindset and behavior that takes them from command-and-control to facilitative leadership. They must acquire skills they may not have, such as Open-dialogue skills, self-awareness, cultural awareness, building high-quality social relationships in teams, Mindful listening, Situational awareness, and removing unconscious bias.