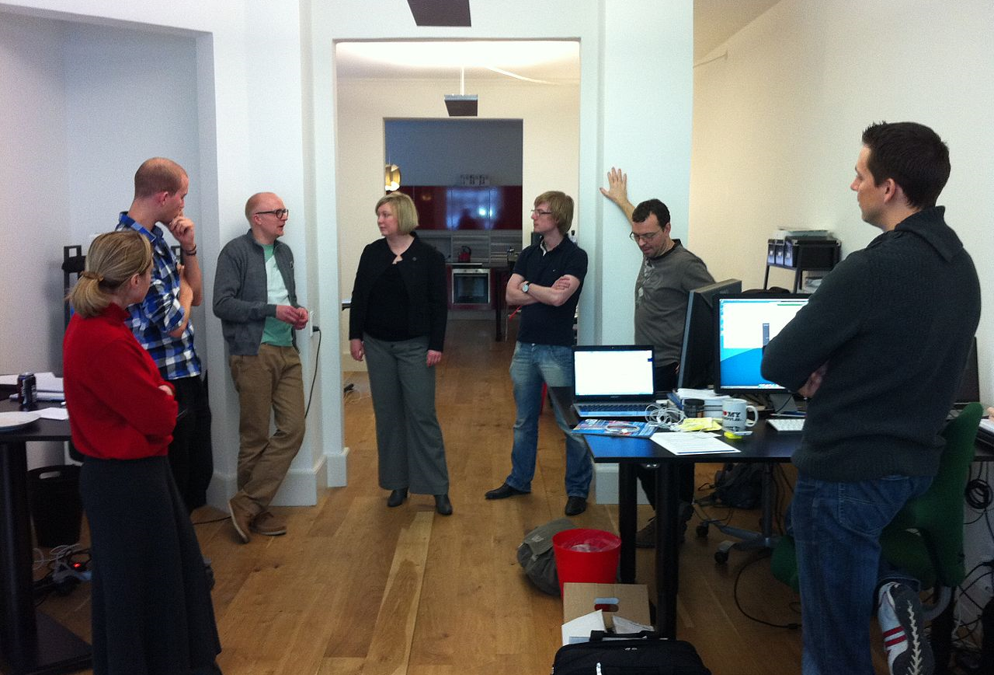 Marshall Communications Inc. was a large telecom services provider and has a 35% market share in this business. However, they are threatened by their nearest competitors who have narrowed the gap between them and Marshall during the last few years by going aggressive with Agile transformation of their entire organization. Marshall feels compelled to follow suit for fear of losing their market leadership and they have embarked on a complete agile transformation early this year. Large programs have been identified for training / coaching through external consultants and the leadership is also keen to ensure they understand and “live” the agile way in their own working.

Ram Varma is the head of Marshall’s largest BU and he wants to practice “Agile” in whatever he does. One of his regular meetings with his staff is a weekly staff meeting that typically lasts a little more than an hour every Monday from 11:30 am. He wants his managers to be attentive and focused the whole time and also wants to ensure there is better adherence to agenda and time. He believes people sitting around a table for the entire duration lose focus and become complacent so he decides this should be a stand-up meeting in line with “agile” practices. Ram is a long termer at Marshall and is viewed as a powerful leader so his reporting managers (staff) agree to this proposal. However, within a few weeks, they all have a sob-story to tell. They all feel somewhat exhausted at the end of the meeting but even worse they feel their attention span during the meeting is poorer than it was before the meetings became a stand-up. They are scared to tell Ram but believe staff meetings have become less effective after this stand-up phenomenon and privately share this with you as their coach.

While you have regular interactions with Ram, your coaching does not cover his role directly. What is your own take on this and how will you go about influencing the right outcome in this case?

The biggest plus for you is the fact that you have regular interactions with Ram (even if not as a coach). Combined with the fact that you are the coach for his staff, you can influence the outcome in this case.

This is clearly a case of misunderstanding by Ram on what Agile is and why certain practices are done the way they are in Agile. Daily scrum meetings are a stand-up phenomenon because their focus is a quick update, collaboration and re-planning (with a sense of urgency) – a sit-down mechanism could potentially result in a more relaxed approach causing you to overshoot the 15-minute limit typically set for it. It is not stand-up for stand-up sake but for what you intend the meeting for.

On the other hand, Ram’s staff meeting is likely to have a completely different agenda. It could cover different aspects – including program and organizational issues. Discussions tend to be longer, with even issue resolutions discussed, as needed. Ram needs to ensure he has the agenda sent in advance, with people coming prepared for it and run it efficiently. He needs to ensure appropriate participation/involvement of everyone concerned so all his staff gets to see the value from the meeting. Anything longer than 15 or 20 minutes can not be a stand-up meeting if you want people to focus and contribute. Ram needs to understand that agility in running such meetings is not about the “stand-up” as a philosophy but about getting his staff to contribute to the agenda and outcomes from the meeting in an efficient / effective way.

You could use your relationship with Ram to initiate a conversation on this meeting, clarify agile philosophy as needed and finally ask him to check with his staff on how they feel about the meeting and change it to the way it should be run.