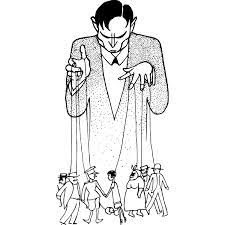 CleanEnv Corp, was building an eco system that will protect people from harmful pollution, by providing warning over personal devices like mobile phones, smart watches etc. One of the cofounders, Roger was an ace developer and was entrusted with the development of a mobile app, a prototype which will demonstrate the power of the solution. The prototype had to be developed in record time, with the help of few inexperienced but brilliant engineers. Successful demonstration of the product using the prototype was the key to winning the funding from a large and reputed venture fund.

Roger, a brilliant developer, slogged and created the prototype in record time. He wrote the key portions of the software and pretty much created pseudocode for the whole app. The smart engineers in the team, followed the pseudocode to deliver a robust application, which helped the team win the funding. The next step was to develop the full scale system on the cloud with multiple data feeds from across the world, access data relevant to a specific locality and generate appropriate warning for the user. The effort was humongous and a larger team was being put together. Roger assumed the role of architect and Engineering manager. As a funded startup, CleanEnv got a good response to their recruitment drive. However, within couple of months, they noticed heavy attrition in the development team and Roger was clearly showing signs of burn out. Roger felt that the team had some good engineers but all of them needed handholding, to deliver the kind of product being built. The senior management, primarily the founding group could clearly see the big issues in development and needed to step in and help Roger manage. If you were tasked with getting the situation corrected, what would you do?

While this situation is far too common, the best approach is for the founding team to sit together and focus on the need to decentralize control of software development. Roger is likely to come up with genuine reasons for not distributing and highlight potential risks in entrusting responsibility amongst the team member, their lack of awareness to important issues involved and the team’s inability to comprehend the enormity of the challenge etc. He is doing so to make sure the development initiative is a success. However, some reassurance by citing examples of smart management by the founding team members and the inevitability of taking risks to survive may help convince Roger to take the necessary steps to delegate. High intellectual caliber and extreme sense of ownership, which are great traits, actually come in the way of making things work. Honestly, there is no quick solution to this issue. Roger will need sustained mentoring and counseling to understand and effectively delegate.