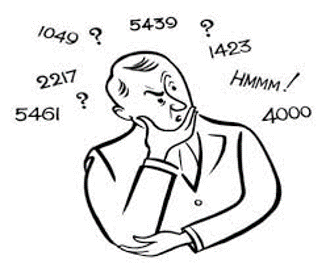 Sharada is the Scrum Master for the team that delivers the Case Management module for NextGenPlatform Inc’s Digital Transformation platform. The team finished their release planning three weeks ago and completed the product increment for their first sprint last Friday. They are into their sprint planning session for sprint 2. The PO provides details on the 8 stories that he wants the team to pick up for planning during the sprint. During the session, after listening to the PO, team members feel that the story point estimates for four of the eight stories are lower than what they think it should be and they want to change the estimates for these stories. The PO is unconvinced and says the estimate was done only three weeks before so questions the need for re-sizing now. Sharada is confused on what needs to be done and calls you as the Agile coach for the organization to help her resolve this. What would your recommendation be?

The first issue in this relates to the PO expressing his/her concerns on the re-estimation sought by the team. Estimation is a prerogative of only the team because they need to own up to their estimates and commitments.

Now on the issue of re-estimation itself – this is my own personal view and you might find different perspectives from some of the other coaches.

First, it would be interesting to know whether the same team did the estimate at release planning time. If they were not involved they need to understand the basis for the estimates from those who did. Has the scope changed from the time the release planning was done – especially with respect to these stories? If so, there may be a case for re-estimating those stories where there is a discernible change in scope from when planning was done. If there is no change in scope, then it is a good practice not to re-estimate story sizes during sprint planning. The main reason is that most teams normally commit, through sub-tasking, based on what they believe they can do in terms of effort and their capacity and not just looking at story sizes. If story sizes are changed every time someone feels they are not right, the team will lose track of how they planned and what they can learn from their estimation exercise. The team should use their retrospectives to understand how reliable and good their estimates are and use that learning in future planning sessions. The team may under-deliver based on their original estimates but need to learn from why it happened.

It is important for the management team to understand this learning process so they don’t interfere with the team’s learning through this. Allowing for change of story point estimates as and when someone wants it may defeat this basic objective.