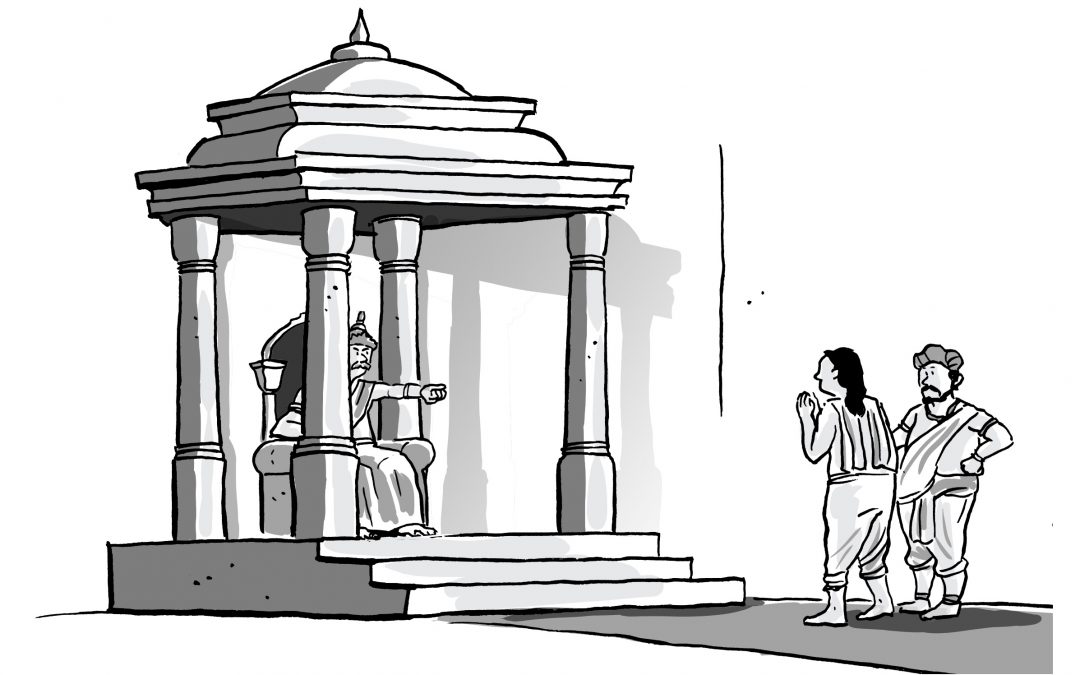 Here is a fable. The challenge is to figure out what Agile value or principle (the words ‘value’ and ‘principle’ is used in its general sense) is taught in this fable.

There was once a king of a small kingdom. The kingdom had lived in peace for a long time. The king had made peace treaties with all the neighbouring kings and so, he was sure no one will attack him.

One day, a villager from a village along the kingdom’s border came running to him. He was tired, since he had travelled for a few days on a mule to get to the capital. He rushed into the king’s court and told him, “Your Majesty, I overheard some soldiers from the neighbouring kingdom talking. They were telling each other that they can expect their king to attack our kingdom soon. They were looking forward to the looting and the raping. You should immediately prepare to defend our country.”

The king reacted angrily. ‘Who are you to advise me? I have made a peace treaty with their king. He will not attack me. I will decide when to defend our country.’

He then called his minister and said, ‘Take stock of the situation and report back to me in one month. I can then take a decision.’

The villager heard this and said, “But, Your Majesty, by then the enemy will attack!”

The villager’s concern was of no avail and the minister went away to take stock.

Three days later, the king received news that the enemy had indeed attacked them, and were looting and raping their way to the capital. Unfortunately, the king did not have his army ready, and so, the capital was overrun and the king, killed.

The fable is about welcoming new ideas from everyone. Is your organisation welcoming of new ideas and inputs coming from not only the customer but the whole field? Certain inputs can come from lay people who are not even associated with the environment in which your platform functions.

For example, if you are building a software platform, inputs can come from the Association for the Blind, to improve the accessibility of the platform.

Customer outcome or value is ‘required outputs plus the right experience’. Even if you have many accessibility features in our platform, you have to have formal mechanisms for getting ongoing inputs from the environment so that the experience of the end-user can be improved.

The smartphone is an example of how responding to vague inputs for improving the user experience makes a revolution possible.

Note that, when we say inputs from all sides, it does not mean that every developer gets random inputs from someone and implements this as a feature. All inputs need to be channeled through the Product Management group and the Product Owner, and they need to vet these inputs and make sure that these inputs are not contradictory, but are consistent with the overall goals of the product, are practical, are relevant to your customer needs, and are compatible with your platforms.

Good Agile leaders will be open to, and will indeed be watching for, such ideas. Alan Mullaly of Ford and Ray Dalio, the famous fund manager, are some of the great leaders who sought inputs from everyone.

Do you know that in ancient India, in any meeting, the youngest and the lowest ranking members were asked to speak first? This is so that the they were not constrained in giving their opinions and ideas, lest their ideas should contradict those of their seniors.

The philosophy of your organisation, with apologies to the Vedic bards, should be:

‘Let noble thoughts come to us from all sides’