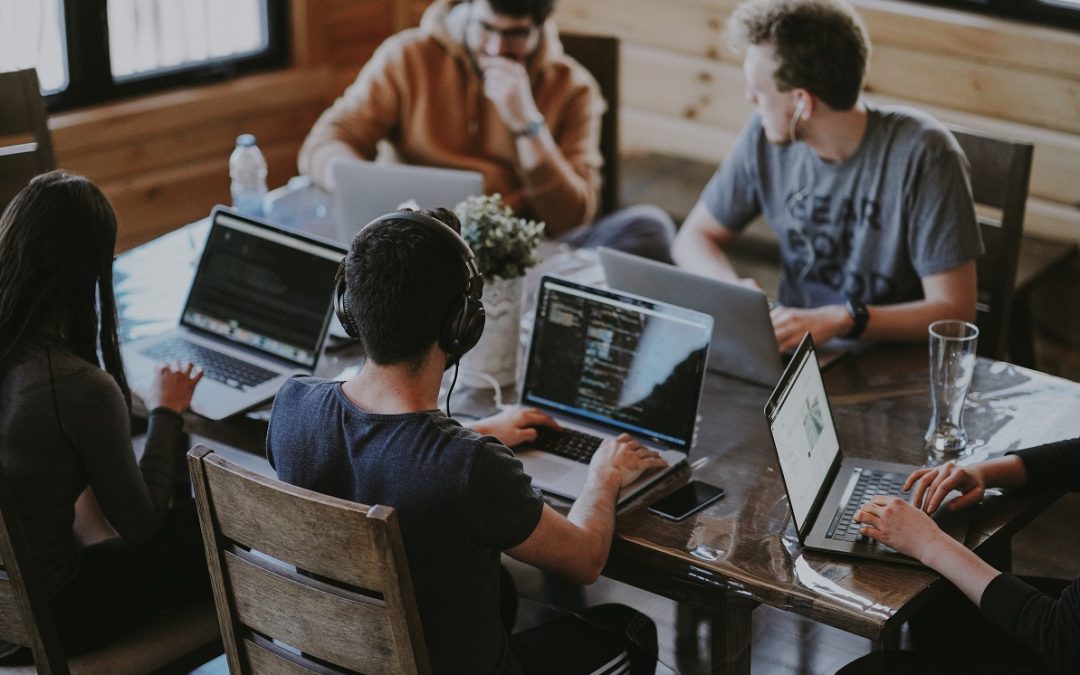 Any enterprise agile transformation needs to accept openly the challenges that exist in building a cross-functional team.

In my experience these are genuine concerns and challenges. How well you address them, make trade-offs, or sweep under the carpet will go a long way in determining the success of enterprise agile transformation.

1. How do you balance perfection and customer responsiveness?

You want a customer responsive team, and say you potentially need a team that consists of middle-ware, front-end, and data-engineering. But traditionally they have been organized as different groups with different leaders. These leaders had established interfaces, protocols of working and worked harmoniously. So, what then is the challenge? It’s hard to be customer responsive because of inherent dependencies, despite silo-ed efficiencies. Are you willing to have the tough dialog of change with these leaders or happy to buy peace with them and keep status-quo?

2. How do you handle niche skills?

Let’s say you had a technical team which provided campaign management. They would work with the data analytics team which would provide them the targets to reach out on various media. Now you want a team that pursues social media, another that looks at email and a third that looks print. So, creating a cross-functional team looks like a good idea. Have an analytics person embedded into each of these three teams. It’s not simple. The 3 analytics people could lean-in on each other when they were together. Now they have lost that ability. What if one of the 3 was a seasoned hat and another was a rookie? How does that impact the 3 new cross-functional teams? Yes, they are solution centric, but they have a capability challenge.

3. What’s the trade-off between effectiveness and efficiency?

Let’s say you had a pool of UX designers. These people would have their work intake from various groups, and they would schedule and deliver the UX to the teams. The delivery teams would wait, then integrate and deploy them. Now if you assign a UX designer to each of the teams, these cross-functional teams are able to flow faster and deliver. It sounds great. You now notice that from 8 UX designers, the enterprise needs 25 of them. So, what do you do? How do you trade off between the efficiency and effectiveness?

4. How do you move from established silo-ed metrics to team metrics?

Let’s look at another traditional time-honored team model. You have a development team and a QA team. The developer’s quality was measured by the number of defects that were detected by the QA folks. So, would they share their inherent fears of quality in any part of the code with the QA guys? The QA folk’s productivity was measured by the number of defects they caught. Would they have shared the things that they look out to gather the defects up-front to the developers?  It’s good to say that we can blend them together and get a cross-functional team. If they have measures that are at cross-purpose in the same team, do you think they would be truly cross-functional? Are you ready to change the way you measure this cross-functional team? Or even better, are you willing to enable them to change their work practices so that they don’t see themselves adversarial?

5. Can complacency get built in a cross-functional team?

In the pre-agile era, say you had the marketing function that would state their need up-front, the tech teams would work on that and then the marketing team would accept at the end. If there was an issue, they could go back and say whether the function did not specify the requirement correctly or the tech team did not deliver. Everyone felt they could fix the accountability. So, the organization had a way of knowing where the issue originated. If you now integrate the marketing function person as the product owner in the team, does your leadership suddenly feel that they don’t have visibility to the issues? With both of them not wanting to rock the boat, does management feel things are slowing down? Do you have the ability to coach the cross-functional team to build on collaborative slow start to shift gears?

6. How do you tackle the scarce super-specialized skills?

Let’s say you have built a cross-functional team with 6 data engineers and an AI specialist. Neither of them feels they are able to help in estimating, reviewing or sharing the work load with the other person. Is it a cross-functional team, or just a forced collection of people? Is it adding value to the business? What are the alternatives to this way of working?

7. How do you balance between centers of expertise and mainstream working?

Let’s say you are getting to integrate IoT into your main stream products. You have a set of teams which know their products/ sub-products well. You have a small group of these highly research oriented IoT engineers. They need to work together to make the next gen products. Do you build a cross-functional team, right away? Or do you retain them separately? How do they then work effectively? What’s the roadmap of how these people would work/ collaborate? Have you sensed the triggers for that?

So, how do you solve them?

Well for starters, as the primary leader have you set out the intent of agile transformation, which should be the guiding north-star for all the leaders and the team when in doubt.

Can you ask your leaders and team, in particular, to articulate the scenarios which they see could impede the ability to be agile? I would go as far as saying, make it transparently visible and allowing the people to vote for the importance. [You would have achieved another useful behavior in this process.]

This will now help you to decide what decisions/ trade-offs you have to make. If you are going to make a decision that would make your move to agility less effective – can you articulate what you valued more? Why did you? Why was that trade-off important at this juncture? Set a trigger for re-visiting those decisions, if they are needed in the short run.

These 7 scenarios are representative of the most common challenges you would face in an Enterprise Agile Transformation. You may observe that this transformation is no different from the many you have led and managed in the past, in some aspects. The big difference for the success will be in how you have internalized the spirit of the agile values and principles in your transformation.