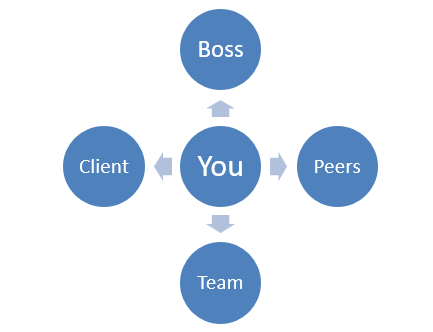 Satish is a new Manager with Keaton International. Keaton is a large Financial Organization with its presence in more than 20 countries. They have a large software unit in India, where they support all the IT needs of the organization. Keaton is known for its culture of on-time delivery. They have a very competitive work culture and their employees are always on their toes. They have achieved success this way and hence take pride in their culture. Satish joined Keaton 3 months back from Charlie Financials. Charlie, though equally competitive in the market, they boast of a very people-friendly culture. Satish was a long term associate with Charlie and was awarded the “Best People Manager” for 3 consecutive years starting from 2016. While he was happy with Charlie, he did not find the work challenging enough. Also, in the last 3 years, the growth in this company had stagnated. He started exploring opportunities outside and was willing to challenge himself. That is when he got a really good offer with Keaton.

Three months into Keaton and Satish was feeling the heat. It was like a living hell for Satish. He started hating himself for leaving Charlie. When he started reflecting on all the professional relationships, he realized that he had an unhealthy relationship with most of them. (Note: Stakeholder map used in the above pic is a good tool to use). There were many times he felt, he should go back to Charlie and felt, he was not culturally fit for Keaton. But another part of him was resisting this. He felt that it would be taking a step back in his career. He decided to make a call to Shilpa, who had referred his CV in Keaton. Shilpa also had made a similar career move. She had moved to Keaton recently and had established herself as a very good Manager. During this interaction, Satish realized that the reason for the strained relationships is *mismatch in expectations*. Lot of his relationships were working on assumptions. Since Satish came from a different culture, his expectations of how things worked in Keaton was very different. He wanted to persist and try mending his relationships. He wanted to work on his expectations management. He wanted to start with his Boss.

He made a list of points and questions that he wanted to discuss so that he prepares well for the meeting. If you were to help Satish in preparing for this crucial meeting, what points/questions would be part of that preparation?