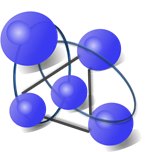 First of all, you need to establish whether you are going to have a single point of contact from your organisation to the new organisation, or whether you will have multiple levels of interfaces between the two.

The model that we would therefore recommend would be the following:

There needs to be a primary contact on both sides who are completely charged with the responsibility for the interactions between two parties. There can be other interaction points, which are carefully established, but all other interfaces need to defer to the decisions of the primary contacts.

After establishing these interfaces, there are various aspects that you, as program manager or CIO, need to watch out for and intervene where necessary:

1. Interactions between the new organisation and other vendors failing

2. Interaction at the different levels between your organisation and the new outsourcing organisation not working properly.

Another area that you should watch out for is personal discomfort between people in the two organisations. Some people (especially in your organisation) may be upset at the fact that some of their colleagues lost jobs due to the outsourcing.

I personally experienced most of the above problems in my organisation. We had situations of two vendors not cooperating with each other. We had to intervene and arrange a face-to-face meeting between the two vendors to remove any misunderstandings. The other issue we had was language. But since we mainly worked in countries where English was a second language (except in the Americas) we were able to bring about a minimum level of communication.

We overcame the problem of hostilities by people whose colleagues had lost their jobs by keeping some of the resentful people out of the interaction loop for a while till they had settled down to the outsourcing fact and had started seeing things positively.

In the next post in this series we will look at the Structures needed and the Risks associated with the transition.