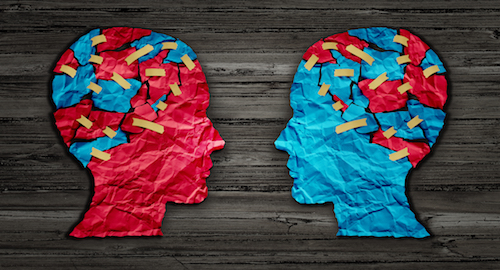 It is well known that Scrum is very popular with Development teams while Operations teams prefer Kanban as it suits their nature of work best. That is because development teams deliver an incremental product over iterations and they have to plan and deliver a product as a team. Normally the scope does not change within an iteration for the committed work. For all this Scrum is ideal as it has planning, daily stand-up, review and retrospectives.  Support work on the other hand is unpredictable even on a daily basis. So support teams pick the next priority item in the queue and keep completing them one by one. Mostly each work item is treated separately and completed. So Kanban suits such teams well.

However, nowadays Operations teams are facing new challenges in organizations.  Most organizations are giving importance to group initiatives at various levels. These initiatives can be for improving collaboration across teams, bring in the culture of innovation, drive automation in a big way and so on and every team in the organization will need to participate in these initiatives. They are typically planned activities and it is not difficult for Scrum teams to include them in their backlog. But support teams using Kanban find it difficult to fit into their existing backlog as the current backlog is very dynamic for them. So they are faced with the challenge of closing the support requests as and when they come and at the same time, planning on delivering initiatives over a period of time. That is to say they need to adopt Scrum for initiatives while continuing to use Kanban for operations. It is popularly known as Scrumban in the industry though it could as well be BanScrum! or even KanScrum. The reason why I say this is that whatever it is called, most teams cannot change the way support work is done as they are primarily driven by SLAs. Let us examine some of the possibilities for such teams:

Challenges in this approach:

Challenges in this approach:

I have just listed here some aspects only of such variations in scrum and Kanban implementations. These are aspects which teams have tried out during my coaching. Some teams have found benefits in these and some continue to face challenges. That is because there is nothing like ‘one size fits all’. A new team could start with some of these guidelines in absence of anything else and since Agile is all about thinking differently, one could modify them as needed to bring in newer practices and ways of working.

As usual, I look forward to your valuable feedback and suggestions.