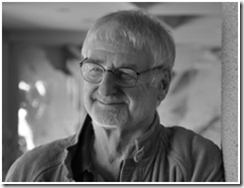 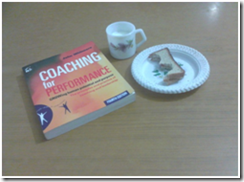 Several years ago, when I was getting started on becoming a coach, a good friend recommended the book “Coaching for Performance” by Sir.John Whitmore (JW). Although I did not pause to ask the question then, I do now: “Can one learn swimming by reading a book?” So, what is the point of reading about coaching when you have to learn by jumping in and doing it? To take it even further, why should you, as an aspiring coach perhaps, be reading this article right now?! Are you not better off spending the time in more fruitful activities in preparing to be a coach? Rather than answering these questions right away, let me park them for the time being. But I promise to come back to them at the end of the article.

Let us now go back to the book by .JW. Up front, I must clarify that this is not a book review per se. Nor is it an attempt to promote the book. Coaching for Performance has already sold over 500,000 copies worldwide and has been translated into 22 languages. It scarcely needs my endorsement!! So, my objective is to bring it to your attention if you not already aware and share with you how I got great value from it – to get started and on an ongoing basis – even now, years later.

As I think back, the first effect the book had on me for to clear up some “mental cobwebs” about coaching. Clearing those opened the windows so to speak and let the light in. Here are some sample cobwebs which got swept away with lessons from JW.

Coaching is a remedial for poor performers

To me the term coaching meant a “remedial” situation! Only laggards needed it, I thought. Perhaps a hangover from my school days, when only the poor souls who could not handle, say, the nine point circle theorem went for coaching (tuition, it was called then) in math. Parents would try to hide the shameful fact that their progeny needed such help! I guess it is different now when going in for high-end coaching classes is kind of a sine qua non for ambitious kids (to be flaunted than hidden by their even more ambitious parents!). But now, JW was telling me that “coaching is unlocking people’s potential to maximize their own performance” – so, the “remedial only” cobweb was the first to be cleared from my mind. No doubt poor performers need help – but that would be training & skill development rather than coaching in JW’s parlance.

Coaching is of no use for high performers

The next cobweb is like an extension of the first one. Why would a cricket player considered among the batting legends of all time need a coach? What value would, say, a Gary Kirsten or Duncan Fletcher have added to Sachin Tendulkar and his batting? Here again, JW came to my aid. He said that a coach should recognize that the “internal” obstacles (in the mind) for improved performance are often more daunting than the external ones. He also said that a coach takes one’s performance to a level which one cannot reach by oneself. In the case of Sachin, despite his great talent, some of the mistakes he made at the crease may have come from his own lack of awareness that he was even making them. His coaches would have surely helped him become more aware and have him focus on addressing the underlying causes. In my later years as a coach, I was to see some really capable project managers (but not quite Sachin-like!) who had such mental blind spots inhibiting their performance. So, coaching has broad applicability. Went out another cobweb!

Coaching, mentoring, and counseling – all the same!

The last of the sample cobwebs has to do with the terms “coaching” and “mentoring”. Like most people, I tended to use them interchangeably when I got started as a coach. JW’s semantics did not support that. As per him, coaching is about helping the coachee become more self-aware through open-ended questions & other techniques. The coach should enable him to take responsibility to find his own answers. In other words, it should not be prescriptive. Mentoring, on the other hand, is typically, a case of a more experienced person providing directed help in improving performance (like an apprenticeship).

In my case, the above distinction between coaching and mentoring caused a bit of a dilemma. I was going to be a coach to people in the domain (software projects) in which I had worked for over three decades. My domain background would surely be of use in the coaching process. So, my coaching would have naturally tended to become mentoring oriented. But JW’s note of caution was that this would hinder the coachee from realizing his full potential in the long run. I first thought I had to choose one of the other as my dominant style. But as it turned out later in actual practice, I learnt to use a blend depending on the coachee’s need. But I had to be very conscious of directly citing my experience and “telling” the coachee only when warranted. 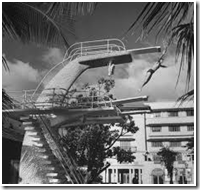 I could go on for a while on just the cobwebs part. However, like I said, that was the just first area of help I got from the book. Down the line, I was to gain significantly for actual coaching practice – more on that in future articles.

So, have I sort of already answered the question that I raised in the beginning of the article: how can you learn coaching from reading a book? If not, I hope that this article has at least aroused your curiosity to read JW’s book. See if it equips you and excites you (as it did for me) to take that leap into practice!