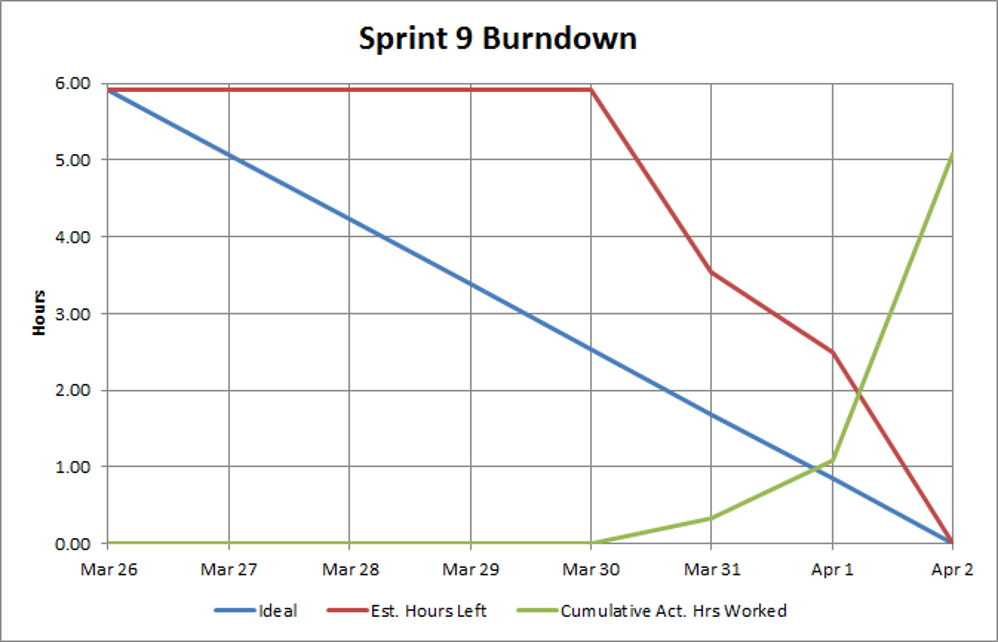 We all know about the use of burn down and burn up charts as part of tracking sprints and release level commitments. One of the issues that most organizations face while they implement agile / scrum is to get the team to update data on a daily basis (in terms of effort remaining for tasks). This is needed for effective tracking of how the team is doing with respect to the original plan and whether commitments made are likely to be met by the end of the sprint. Team members do give an update as part of the daily stand up in terms of whether they are on track or not with respect to the tasks / stories they own (based on their own gut feel) but for some reason do not feel the need to update effort data on the tool used for tracking. Delivery management gets impatient and starts asking questions to the scrum master on where the team is during a sprint and why the burndown is not updated. This is not an issue with just a few teams but prevalent across the organization. Invariably this behavior leads to ineffective tracking and teams missing commitments on a regular basis. There is obviously a major issue of lack of predictability of delivery as a result of this.

You are hired as an Agile coach and one of your high priority focus areas is to help the Scrum Masters in addressing this issue. How would you go about doing this?

The key in this case is to understand why the team is reluctant to update remaining effort / burndown every day. They may claim they don’t have the time or forget to do it but the real reason is they don’t see the value of doing it and more specifically, they don’t understand what’s in it for them. To an individual what matters is his view of the status and whether he is able to deliver on his commitments but it is important to help each individual understand that a realistic team level status can not come from subjective inputs from 8 or 9 individual members – each with their own levels of optimism, pessimism or realism. Such a status can only come from data and the most meaningful data on where a team stands during a sprint or a release is the burn down / burn up data. If the team has to take any mid-course correction during a sprint or a release, they will need to use this data to take stock, analyze reasons and decide on the appropriate action. This data is not for management to track because the only stakeholder that can interpret and act on the data is the team. If I were a team member with a team focus, I would want to preempt my management from asking me or the team any questions on the status and this is only possible if I / we as a team update and track where we are. Once the team understands this there is usually no need to push them into doing this every day. This is where the role of the agile coach or the Scrum Master as an agile coach comes in.