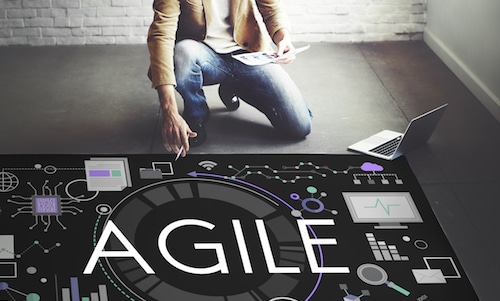 I have been coaching teams, Scrum Masters, Product Owners, Managers & Senior Leaders on Agile & Scrum for close to a decade now. While celebrating 20 years of Scrum, thought of sharing some interesting situations/challenges that I had come across during these engagements.

One of our Customers had adopted Agile and were practicing it for a couple of years. But they were not happy with the outcomes. They approached us to take the maturity of Agile adoption to the next orbit. When we initially met several people in the organization across different levels, everyone said that they are using Agile well and that there is no need for any coaching interventions.

As part of ‘discovery’ phase, we separately met Team members, Scrum Masters, Product Owners, Architects and Managers; administered Agile Effectiveness Assessment questionnaire for each role; interviewed one on one and in groups. At the end of the ‘discovery’ exercise, the picture was very different.

They were using tools & practicing the Scrum ceremonies, but the Team Spirit was dysfunctional. There were conflicts between several team members, motivation & energy were low and attrition was high. Project throughput was less than desired and there were many quality issues. Scrum Master, Product Owner, Architect was acting in command-control style; Team members didn’t take up ownership. Senior Management reviews and usage of metrics were still the traditional way.

We engaged with all the three levels – the Team level, SM-PO-Architect level and Senior Managers level. Our focus was on soft aspects and culture change aspects. As a coach I got embedded into the team through Scrum Ceremonies and work activities.

I observed and coached Teams on behavioral aspects – encouraging positive behaviors openly in the team and discussing any negative behaviors one on one with the concerned team member. Next, I coached the Scrum Master to observe and facilitate similar behavior in the team.  I conducted Emotional Intelligence sessions for the Team – describing why EQ is important in their career growth, how it enhances collaboration and self-managed teams etc.

After 9 months of coaching engagement, culture change in the business unit was very visible . Re-administering of the Agile Effectiveness Assessment instrument showed significant improvements in the parameters. Team frictions had significantly reduced and attritions had stopped. Teams throughput/velocity and predictability of Sprint goal commitments had improved.

The Product Manager from US who visited the Bangalore center was very appreciative of the progress the team had made. I met some of the key team members and the Scrum Master in one of the DevOps Conferences after two years – they were very happy to share the progress they had made. They invited me to give a talk to their expanded team on “Knowledge Era Paradigms – Fundamental Rationale behind Agile” which deals with characteristics of Knowledge Workers and the paradigm shifts needed from the traditional ways of working.