A study in contrast – Parenting and Managing a team 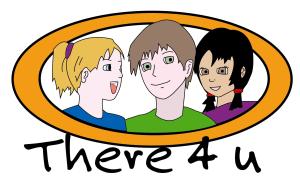 I began life as a child, and still continue to behave like one. I started my working years as an individual contributor, and still continue to be one. In addition to this in my wonderful journey of life and work I have also become a parent and a team manager. What’s more interesting as I look at life – the period when I shifted gears to become a parent and a team manager were nearly in the same time frame of my life. Several years later, I have contemplated how I have handled these two shifts. The more I looked at it, the more I found a lot to learn in life. I am never a believer that any paradigm is absolutely right. However, I also firmly believe that when we keep our mind wide open, we always have something to learn from one context and apply it in another, to be even better. So the same is true for what I pen below.

I am sure many of you have been through this journey, or have seen others in this journey. Once you read this, I would like to listen to your perspective. I am fine between complete agreement to total disagreement with what I have penned. Even more interestingly, if you have anything orthogonal to what is here, that will be of value to listen and learn from.

When my daughter was about ten months old, like all parents I looked forward to my daughter starting to walk. Every little attempt was cheered. When she attempted to move and fell, the fall only made me feel more resolute – that she’s getting closer to walking. So many umpteen attempts to stand and move, I had the patience and willingness to see her joy in doing that. She may have hardly moved a feet or two, I felt it was a cause to cheer her success. So she learnt to start walking. Then over the passing weeks, she soon learnt to improve from the gingerly steps to walking without holding the wall or the railings. Her quality of walk and the time she could walk without support started to increase. Months later she was on her own.

During this journey when she fell very many times. Sometimes I would be tempted to think that I should support her more, so that she would not fall. After all I was not a sadist to see a kid fall, much less mine! But this brief thought would quickly vanish, stating that she will learn from it and soon walk. So the only time when support would come would be if she got dangerously close to the staircase.

Years later, when my son was born this story would repeat all over again. My son’s progress was a little slower in this process. He eventually made it too. In the meanwhile I noticed that my son’s ability to count was very good. So I would encourage and see with joy that he did it well repeatedly.

Now in this process, there were brief moments when I would compare the progress of my son with my daughter. But within moments the thoughts would be replaced with what my daughter was quick and good at, what my son was quick and good at. So there was no real comparison, but instead a willingness to support them with their pace of growth. There was an attempt to see them maximize their potential (e.g. my son’s love for arithmetic).

Today they have grown up into two wonderful children – similar, yet different in their own right.

As the project started would assemble the team and get cracking with the objective of completing it on schedule, under budget with the right quality. Even in the best of the defined projects soon I would find that the requirements would be subject to change. The team with all its skill, was not a perfect match to the needs. Just when I thought this was a stable technology, would run into issues that were never foreseen.

Soon the pressure of time, meeting the week’s schedule would creep in. I would quickly look at people who can do things by themselves, assign them ”the tasks”  that I deemed important. Then with the others, I would now push them hard, give them the “other” tasks. I would exactly let them know what’s to be done. They would do it. If they fell into the rut some would get lost, others would walk up to me to help them solve. It was a relief for me. They came with the problem, and with my years of experience would help solve it. Off they went with it and voila! The program would start working.

Soon the next week would begin, and the pressure of the week’s delivery would creep in. So my magic formula of managing the time pressure would repeat. The team was by and large happy – as we were managing the pressure of delivering on time. The “progressive” team members were independent – they were happy to take the challenging part of the work. The “other” team members were also fine, as they were learning from my experiences and were not getting stuck with their problems.

Soon, there were unforeseen changes from the customer in the project. Now there was a real risk that we may not meet the schedule or budgets. I have been very successful all through my working life. I was on fast track. I had now moved up quickly. So, I was not going to fail, was I? Soon this thought would keep coming to me on and off. I was pushing the team hard, whipping them, making it clear that failure was not an option. After all who would want to fail?

Months later the project was delivered. There were some hidden quality issues. We could not review all the code, but then we managed to get the system accepted. Everyone was happy, it appeared. The management felt I did it again with my team.

When I introspected, I realized that I handled the pressure of time well. A good part of the team felt relieved that they did not fail. So my theory of using the pressure of failure seem to work. Quality was reasonably there. Well the code reviews did not happen because the customer kept changing the needs – so he had to pay some price for it, isn’t it. As far as my teams learning was concerned – yes this was a tough project, they will have future occasions to learn to solve the problems themselves. For now they have learnt to run to the leader when then had a problem to solve – without wasting time. The management was happy as the schedule and budgets were managed well. After all the undiscovered issues, could be future source of revenue!

Today, when I look back, many of them have repeated this formula… solve the problems for your team. Ensure that fear of failure will push people to work.

The comparison – Parenting and Team Manager

On both counts I have been successful. Definitely on the face of it, there seems to be no issue.

Let’s look at what I did as a parent:

– I was happy that my children learnt how to walk, by themselves (in spite of the innumerable times they fell in the process)

– I applauded and  as the quality of walk improved, so my children learnt the right way to walk

– I celebrated their success (did not focus on their failure).

Let’s look at what I did as a team manager:

– I was happy that my team would come back to me when they had a problem. This minimized the delays.

– I made sure the team understood that failing was not an option (fear of failure). I ensured that not failing in challenging projects was the motivator.

– I made sure that the team did what I wanted… so there was no urge to think out of the box.

– I made sure the customer got it on time, albeit a little lower quality (the price he had to pay for the constant flux).

Today I am reasonably certain that some of my team members have continued with this formula. So the manager continues to be powerful, as the team comes back to him/her to solve the problems. They always use fear of failure, as the bogeyman to pressure. They expect quality will give way due to changes. They are good at what they do, they fear every change. They have not been prepared for the constant change.

Did I do well as a manager? Was the organization aiding and abetting me in what I did? Did the employees truly learn? Are we using their potential to the fullest? Is fear the best motivator? Are we getting too focussed on the “now and here” approach?

The lessons from parenting I would carry into managing a team (both the manager and the organization):

–  Coach the team to be a self-learning team. When the future is unknown, solving their problem today, will not help prepare them for tomorrow’s unknown needs and problems. It will make them (and the organization) self sustaining. I allowed my child to learn to walk. It fell down many a time. Did not prevent that from happening. So my child eventually learned not just to walk, but also got to know how it can learn something new on its own.

– Build the belief that quality is in-built. It’s not about compromising, when we can. This will ensure that teams can work on newer thing, that add value. Initially my child would hold the wall. Persisting with encouragement, the child believed that it can walk away from the wall – not just one or two steps but forever.

– Allow the team to own the process. When done that way, you don’t have to follow through. Otherwise, we create a dependency on us when faced with the slightest of the issues. It can be a little slow in the beginning. Once we get past that early stage – we have a team (and an organization) that owns the need. So the sense of responsibility to make it happen is built into them. When my child fell many a time, I did not push it make it the next day. My child wanted to do it, and so despite the many falls, it made it happen.

– I know that all of us are afraid of something. So we believe the fear of failure will propel the team to do it. It may appear so in the short run. However the sheer amount of mental fatigue that it creates would result in less energy towards the purpose we work. So it can be self-defeating. When there’s no fear, learning becomes easier and joyous. Did I not notice that with my child?

– Celebrate genuine effort and success. This helps the adrenalin to flow in. It keeps us going longer even when faced with uncertainty. When my child saw that I really liked what it did, it naturally continued. Guess what could have happened with my child if I shown my anger, at not being able to learn to walk quickly.

Today as team manager we live on a week by week basis. As an organization we live on a quarter by quarter basis. If we went about doing the important things right (learning and quality), the urgent things (time and fear of failure) would take care of themselves.

I am eager to listen to your perspectives, your stories.